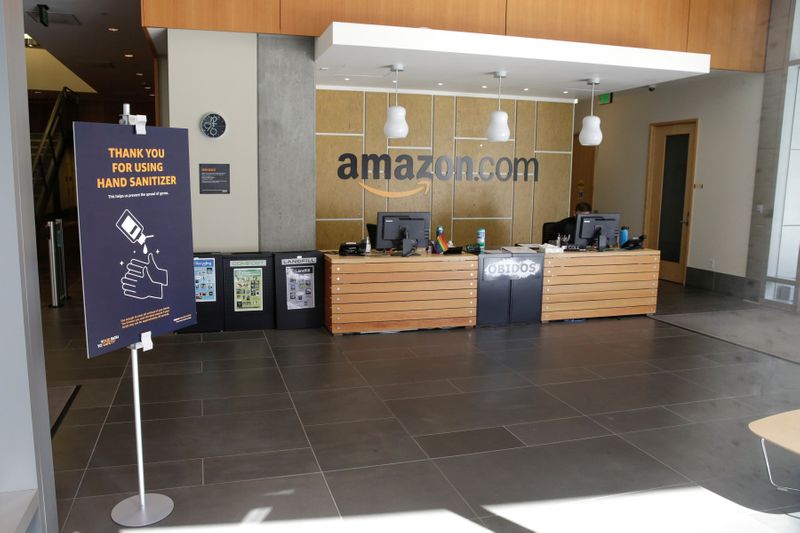 (Reuters) – Amazon.com Inc (NASDAQ:AMZN) is offering higher pay to recruit its own warehouse employees to pick and pack Whole Foods groceries amid rising demand and a worker shortage, according to an internal document reviewed by Reuters.

This move, known as labor sharing, highlights how the ecommerce giant is reallocating some of its vast workforce to handle a spike in online sales of groceries, as millions of American are stuck at home amid the COVID-19 outbreak.

Amazon offers online grocery services through Amazon Fresh from its own grocery warehouses, and Amazon Prime Now, which delivers from its Whole Foods stores.

“The Prime Now business has seen a mass increase in volume and is now offering labor share opportunities,” Amazon said in a message sent to warehouse workers in Maryland, which was reviewed by Reuters. Workers in other states where Amazon operates grocery services have received similar communications, including California, Nevada, and Tennessee.

Employees who are selected to make the switch can make $19 per hour, a $2 raise on top of the pay hike Amazon announced earlier this month. Amazon Fresh positions require working in a freezer environment, while a Prime Now shopper role entails picking and packing products for online orders in a Whole Foods store under tight time limits.

“As we continue to see a significant increase in demand for grocery orders, we are offering temporary opportunities for associates across our fulfillment network to provide additional support,” an Amazon spokesperson said on late Friday, confirming the action.

Amazon has been doubling down on the grocery industry since its $13.7 billion acquisition of Whole Foods in 2017. It has expanded grocery delivery service to over 2,000 cities. Free for Prime subscribers, AmazonFresh and Amazon Prime Now tout quick delivery within hours.

Since the outbreak, grocery delivery has become a lifeline for people to get household staples while trying to avoid stepping outside. Grocery shoppers on Amazon have frequently seen items out of stock and delivery windows unavailable as the company struggles to meet the rising demand. It has announced the hiring of 100,000 full and part-time positions across the U.S. in fulfillment and delivery networks, including in AmazonFresh and Whole Foods delivery.

So far, coronavirus has spread to at least 17 Amazon warehouses in the U.S., prompting workers and lawmakers to question if enough safety measures have been taken to protect employees on the frontlines.

Grocery stores are competing for workers to fulfill online orders. Walmart (NYSE:WMT), with a fast growing online grocery business, plans to hire 150,000 employees at stores, distribution and fulfillment centers through May.

“We’re seeing a dramatic increase in the use of online grocery shopping,” said Bill Bishop, co-founder of Brick Meets Click. “Amazon eventually wants to be one of the very dominant distributors of grocery in the United States, and I think they’re looking at this as a period when they’ve got a chance to ramp that up by actions like this.”