Home
Stocks
Election: Here’s what has to happen to prevent a repeat of long lines to vote
Prev Article Next Article 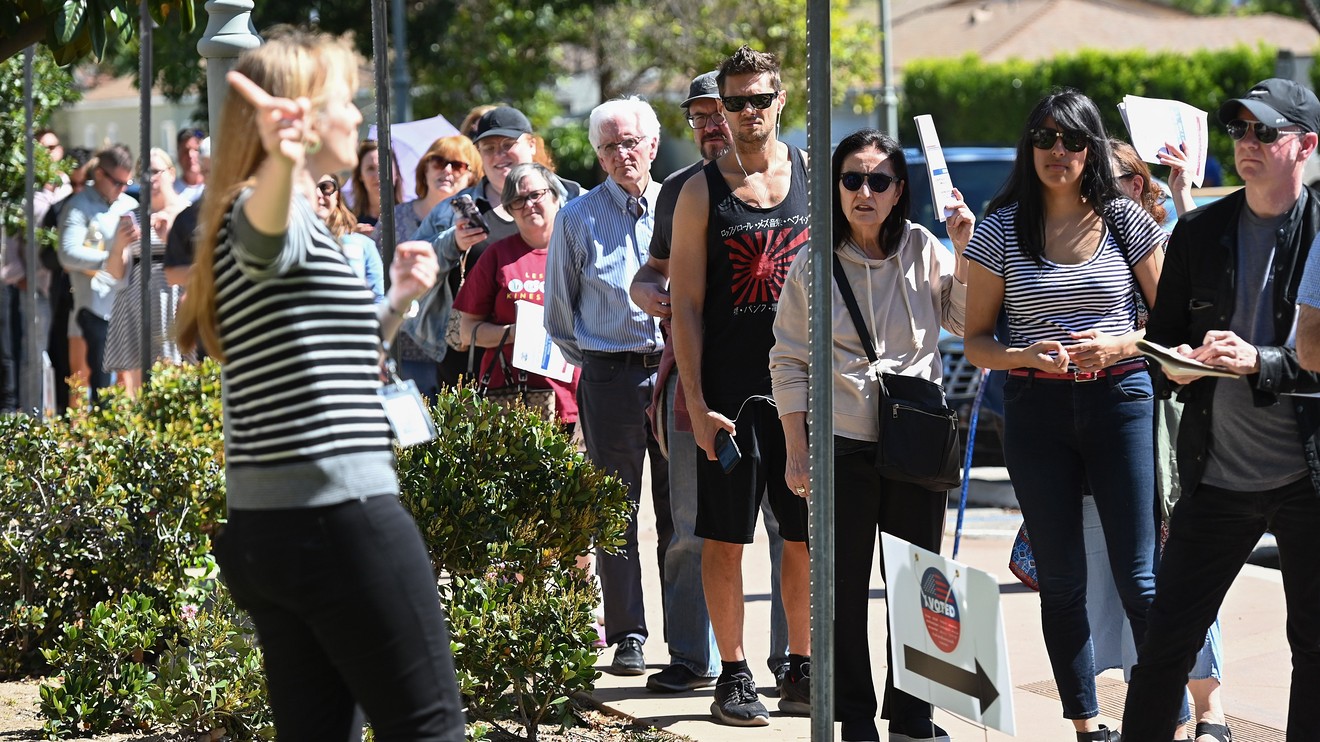 On Super Tuesday there were troubling reports of long lines and voters waiting hours to cast their ballots. Those who left in frustration without voting, or heard of the problems and didn’t show up lost the opportunity to participate in that election.

But the country has an opportunity to use Super Tuesday as a wake-up call (or perhaps an emergency siren) that we need to do much better planning and preparation if we want the November election to operate smoothly and yield results that people trust.

In Harris County, home to Houston, lines were so long that voters reported waiting for six hours. There were also complaints of lines across college campuses, and in Dallas County, and numerous commentators noted that lines were long in black and brown neighborhoods.

This is consistent with studies that have reported that people of color wait longer than white voters in voting lines.

Many blamed the closure of polling places in Texas in recent years (for example, the number of polling places in Harris County on Election Day in 2016, a presidential election year, was lower than the number on Election Day in 2014, a midterm year.) Some noted Texas’ past and recent history of discrimination in voting. In Texas, both the polling places closures and other recent anti-voter efforts were possible only because the Supreme Court, in 2013, mothballed the most impactful provision of the federal Voting Rights Act. That provision, known as Section 5, required jurisdictions with a history of discrimination to obtain federal approval before changing voting rules.

In Los Angeles, long lines were reported at a number of poll sites and attributed to a number of factors, including unexpected turnout at particular voting locations, confusion over new processes like the ability to register and vote on the same day and insufficient staffing.

Technological challenges deserve some of the blame for the long lines in Los Angeles. Voters used new touchpads, but not every voter understood how it worked. There also were reports that the electronic pollbooks that were used to check people in kept going down.

Whatever the reason, such mishaps suppress the vote and tarnish our democracy. Our elections are the way Americans express our hopes and visions for the country and identify the leaders we think will move us in the right direction. We deserve better.

Almost all of the major issues we saw on Super Tuesday in those two counties — and most of the problems we could see on Election Day — can be ameliorated by increased preparedness. Election administrators need to plan as if turnout is going to be very high, and be ready with a sufficient number of machines, poll workers and backup paper ballots and pollbooks.

Election administrators need to have more poll workers (and recruit and train them properly) to troubleshoot glitches in systems or procedures, especially when rolling out new election technology or processes like same-day registration. These administrators need the training and expertise to combat and remain operational in the face of perennial threats like weather emergencies, but also newer threats like cybercriminals trying to infiltrate our election machinery, and even the newest threats like the coronavirus. They need to do the research and community engagement to make sure that polling place closures or the switch to vote centers are done in a way that does not impede voters’ access or result in discrimination.

Each county and every community will have different needs, but the goal should be for every voter to be able to cast a ballot in no more than 30 minutes.

But neither the fault nor responsibility lies solely at the feet of election administrators. Adequate preparation can only occur if there are sufficient resources to do and implement that planning. A short-staffed election office will have to cut corners in planning. An election administrator who has an insufficient number of voting machines will, by definition, not be able to provide every community the number of voting machines they need. Election administrators who are underresourced cannot launch adequate public education campaigns, recruit and train sufficient numbers of highly qualified poll workers, or aggressively protect election machinery against cybercriminals.

Our legislators — federal, state, and in some cases local — are the ones that allocate monies to election infrastructure. They need to hear from us that we want our state and local election administrators to have what they need to run a top-notch election. To the extent that anti-voter state laws — unnecessarily strict photo ID laws, cutbacks to early voting, restrictions on voter assistance efforts — are contributing to long lines, state legislatures are where those things need to change. And of course, Congress needs to do its part by restoring the Voting Rights Act to its full strength.

We’ve been here before. Lines were horrendous in the 2012 presidential election. Electronic pollbooks malfunctions in 2016 severely disrupted the voting process in Durham, NC. What we saw on Super Tuesday will be a lot worse in November if we don’t act soon. Preparation and resources will go a long way to blunting vote suppressors and ensuring a smooth Election Day experience.

Now read:Democrats’ battle moves to Michigan primary and beyond

Myrna Perez is the director of the Brennan Center for Justice’s Voting Rights and Elections Program. Follow her on Twitter @myrna_perez_