Home
Stocks
Election: Biden says ‘very top’ of government should call for mask-wearing, in jab at Trump
Prev Article Next Article
This post was originally published on this site 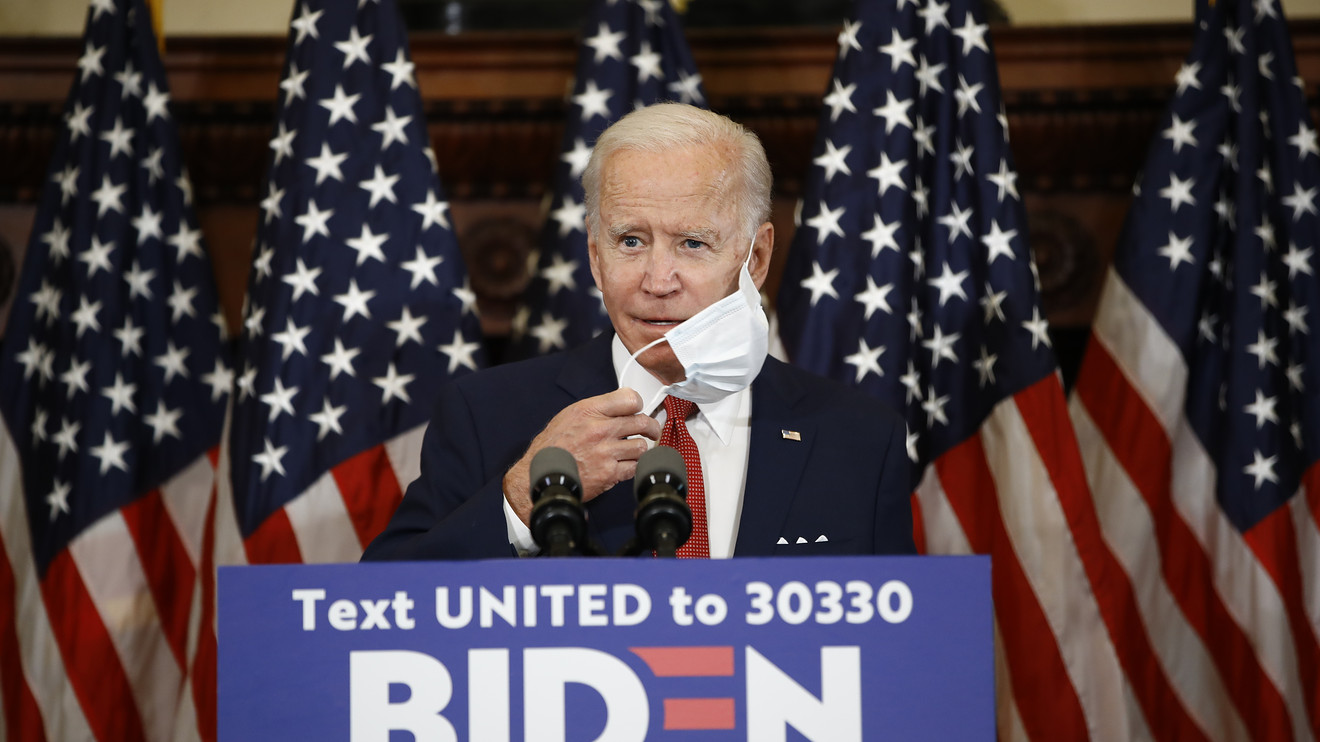 Joe Biden on Tuesday said that the “very top” of the U.S. government should signal decisively that wearing a mask can help to slow the spread of the coronavirus, reflecting unambiguous guidance from public-health experts.

“We absolutely need a clear message from the very top of our federal government that everyone needs to wear a mask in public,” said presumptive Democratic presidential nominee Biden in a speech in Wilmington, Del.

Biden’s comments appeared to be a not-so veiled criticism of President Donald Trump’s stance on mask wearing and the commander in chief’s expressed reluctance in donning personal protective equipment amid the worst public health crisis in a more than a century.

Trump has mostly said he is disinclined to wear a mask in public, even as the Centers for Disease Control and Prevention recommends wearing them.

Goldman Sachs GS, +1.56% has projected that a lack of a national policy mandating the use of facial coverings throughout the U.S. is delivering an unnecessary hit to the domestic economy. Mask wearing could save the U.S. economy from a 5% hit to GDP, researchers at the investment bank said in a recent report.

Read:Goldman Sachs has done the math and a national mask mandate to halt the spread of coronavirus would have a big impact on the U.S. economy.

Biden made his remarks during a broad speech on U.S. policy on the response to the spread of COVID-19, which is transmitted primarily via droplets carrying the novel strain of coronavirus that causes the deadly illness.

On Monday, Jacksonville, Fla., put in place a mask requirements. The city is hosting the Republican National Convention on Aug. 27. Jacksonville was selected as the site of speeches and other RNC events, following Trump’s complaints over rules for the long-planned convention in Charlotte, N.C. Charlotte will still host some official convention business.

In Charlotte, Trump and the RNC had demanded that the convention be allowed to move forward with a full crowd and no face coverings.

“He encourages people to make whatever decision is best for their safety, but he did say to me he has no problem with masks and to do whatever your local jurisdiction requests of you,” she told reporters on Monday.

In his comments, Biden said that a state-by-state approach to public-health policy hasn’t worked in effectively tamping down the outbreak thus far.

Check out a video of his comments about the response to the pandemic via CNN: