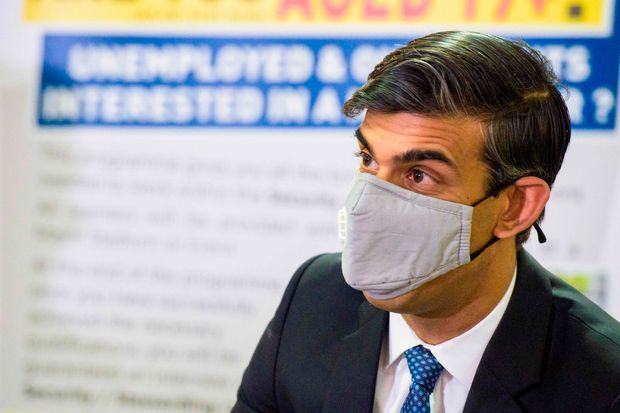 Britain’s Chancellor of the Exchequer Rishi Sunak talks with staff as he visits a Jobcentre Plus in Barking, east London on July 16, 2020.

Britain has racked up debt as its economy has cratered, sending its debt-to-GDP ratio to the highest level since 1961, according to data released Tuesday.

The country’s debt-to-GDP ratio reached 99.6%,  an increase of 18.9 percentage points compared with the same point last year, the ONS said.

The data was released alongside the latest public sector net borrowing figures, which showed a £34.8 billion deficit in June, lower than the £44.7 billion gap in May.