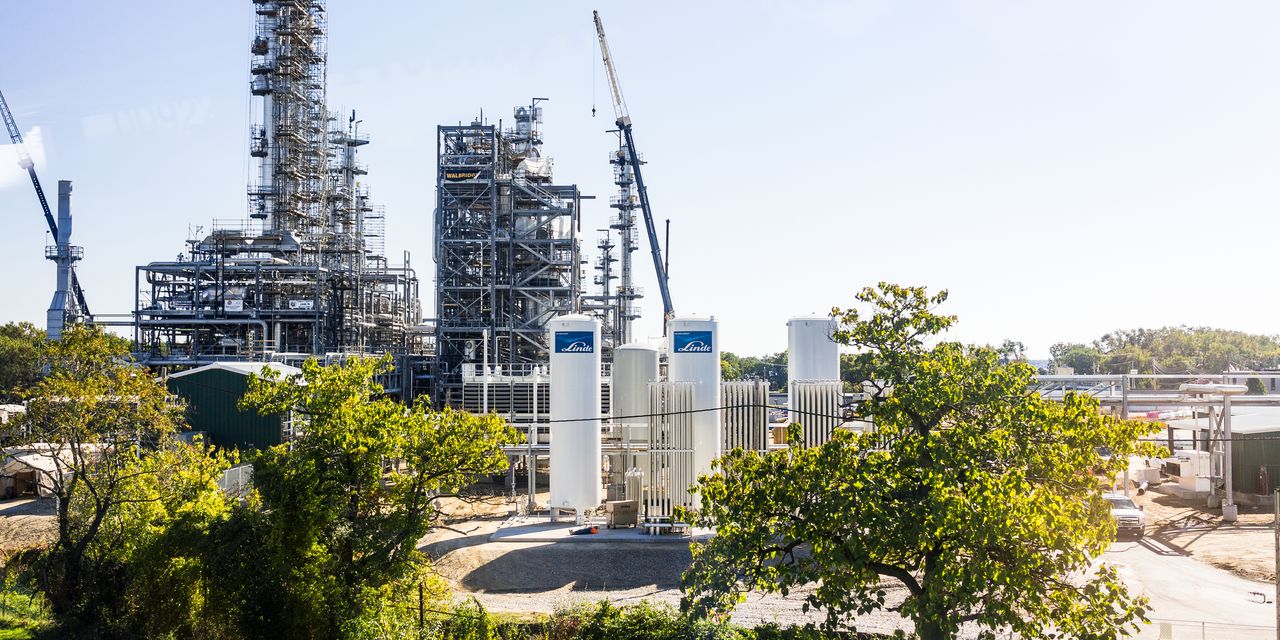 The Philadelphia Fed’s manufacturing index fell to a reading of 21.9 in July from 30.7 in the prior month. Economists had expected a reading of 27, according to a Wall Street Journal survey of economists.

The New York Empire State Index, meanwhile, rose to a record-high reading of 43 in April from 17.4 in March, the New York Fed said. Economists had expected a reading of 17.3, according to the Wall Street Journal.

What happened: The Philadelphia Fed’s gauge of new orders fell 5.2 points from last month to17, while the shipments index slipped from 27.2 last month to 24.6 in July

The reading of the six-month business outlook fell to 48.6 from June’s reading of 69.2

The index of the number of employees fell slightly to 29.2 from 30.7 last month, the regional bank said.

The Empire State survey subcomponents were strong, with shipments, employees and prices received all rising. The prices paid index slipped slightly but remained near its record high.

The big picture: Though the Philadelphia Fed index has fallen from it’s 50-year high in April, it remains historically elevated, while the Empire State reading was a record high.

Manufacturing has been a bright spot for the economy as demand remains strong, though factory owners are facing supply constraints.

Looking ahead, investors will get a look at national manufacturing conditions in early August with the ISM factory index, which has also been elevated in recent months.

What are they saying?  “The Philadelphia Fed manufacturing index fell more than expected in July but the level remains elevated. The New York Fed manufacturing survey, also just released, surged to 43.0 from 17.4,” wrote Rubeela Farooqi, chief U.S. economist at High Frequency Economics, in a note. “Overall, manufacturing is still recovering and is moving closer to pre-pandemic levels although ongoing supply chain bottlenecks and shortages remain a headwind.”