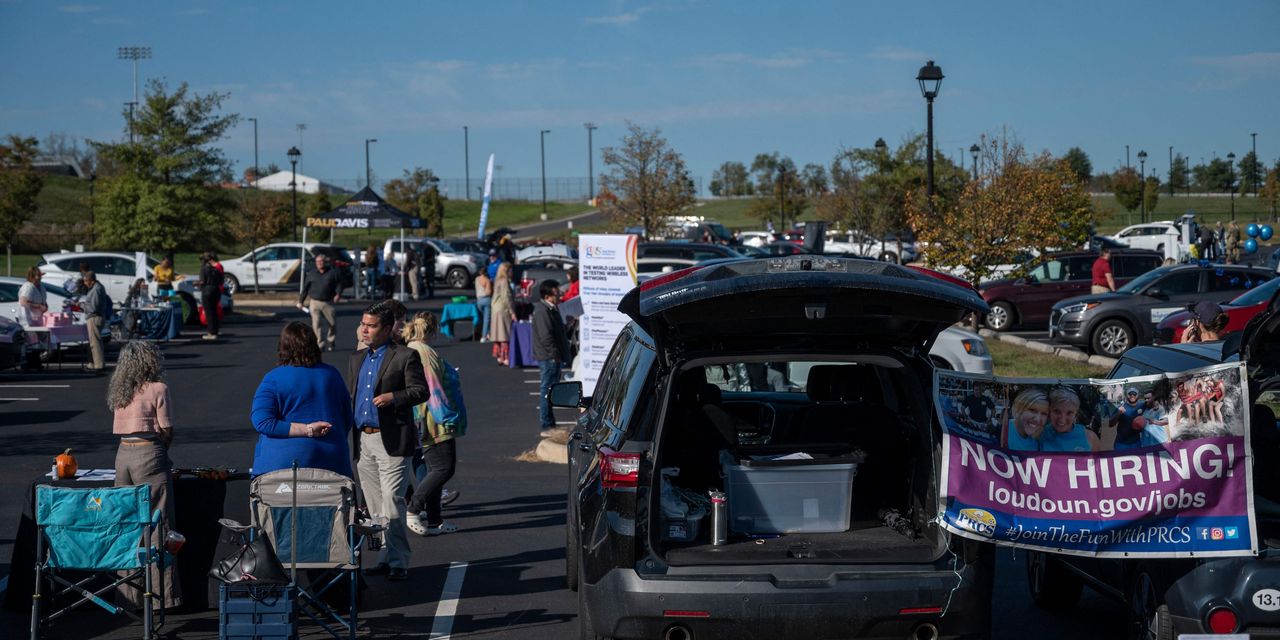 The numbers: Some 198,000 people who recently lost their jobs applied for unemployment benefits during Christmas week, leaving new jobless claims near a 52-year low amid the biggest labor shortage in decades.

Initial jobless claims fell slightly from a revised 206,000 two weeks ago, based on new government data.

Economists polled by The Wall Street Journal had forecast new claims to total a seasonally adjusted 205,000 in the seven days ended Dec. 25.

The extremely low number of people applying for benefits reflects the reluctance of businesses to lay off workers when labor is so hard to obtain. They are having a hard time filling near-record job openings and might not to be able to replace any workers they let go.

See: Sticky inflation, bigger paychecks, fading stimulus – how the U.S. economy is shaping up for 2022

Big picture: Omicron is hurting the economy, but the new strain is unlikely to spawn a fresh wave of major layoffs. If anything, it could discourage some people temporarily from looking for work and exacerbate the labor shortage.

See: High U.S. inflation hearkens back to the 1980s

Economists predict the labor shortfall will ease but not go away in 2022, leaving businesses scrambling to fill open jobs and produce all the goods and services that customers demand. They are offering higher pay and benefits, but so far that hasn’t been enough to draw more people back into the labor force.

Key details: New jobless claims declined the most in California, Texas and Virginia.

New filings rose the most in New Jersey, Pennsylvania, Michigan, Ohio and Massachusetts — states with high numbers of coronavirus cases.

It’s worth keeping in mind that the holiday season often results in large swings in jobless claims. Companies add lots of temporary workers in the last few months of the year and then let them go after Christmas.

The government tries to adjust jobless claims for changes in seasonal employment patterns, but its process has been thrown off by the pandemic.

The raw or actual number of jobless claims — before seasonal adjustments — is somewhat higher. They’ve averaged around 260,000 a week in the past month.

were set to open slightly higher in Thursday trades.