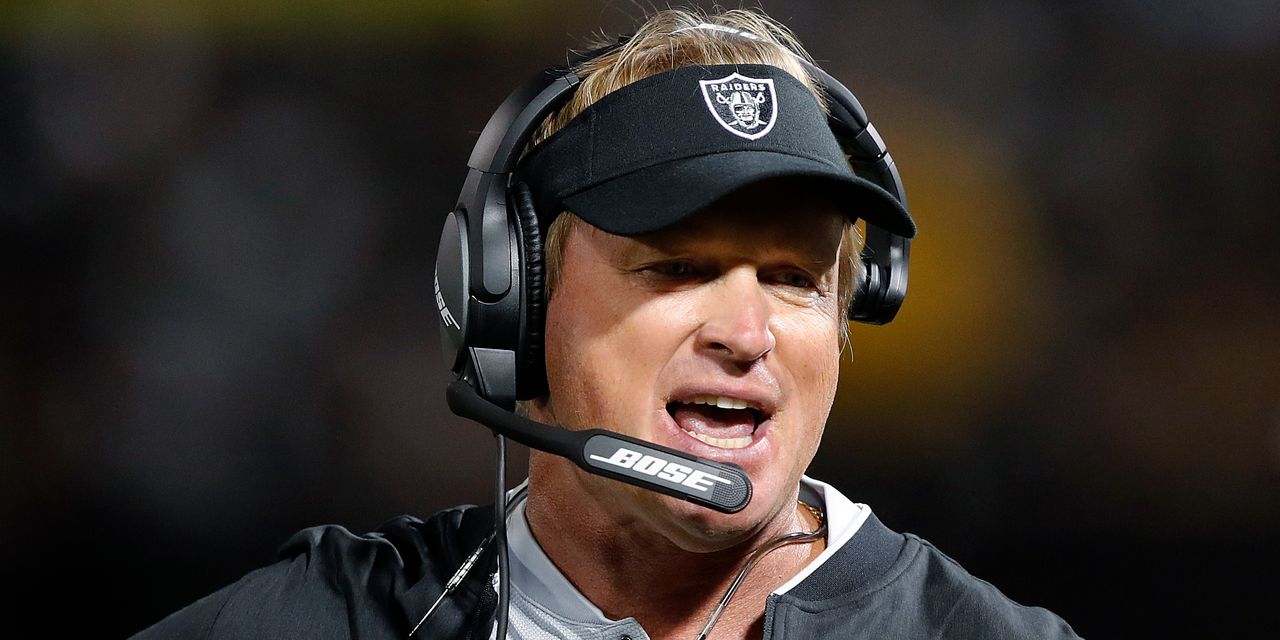 Jon Gruden no longer coaches the Raiders, and he won’t be seen roaming the sidelines of the “Madden NFL 22” videogame either.

on Wednesday announced Gruden’s image will be removed from the game, and replaced by a generic character.

“EA Sports is committed to taking action in maintaining a culture of inclusion and equity,” the videogame company said in statement Wednesday.

On Monday, Gruden resigned as head coach of the Las Vegas Raiders, after revelations of decade-old emails from him that contained racist, homophobic and misogynistic comments that became public in an unrelated NFL investigation into the Washington Football Team. Gruden, who was an analyst at ESPN when he wrote the emails, was in the fourth year of a 10-year, $100 million contract coaching the Raiders.

Raiders owner Mark Davis has said little of Gruden’s resignation, and told ESPN on Wednesday: “I have no comment. Ask the NFL. They have all the answers.”