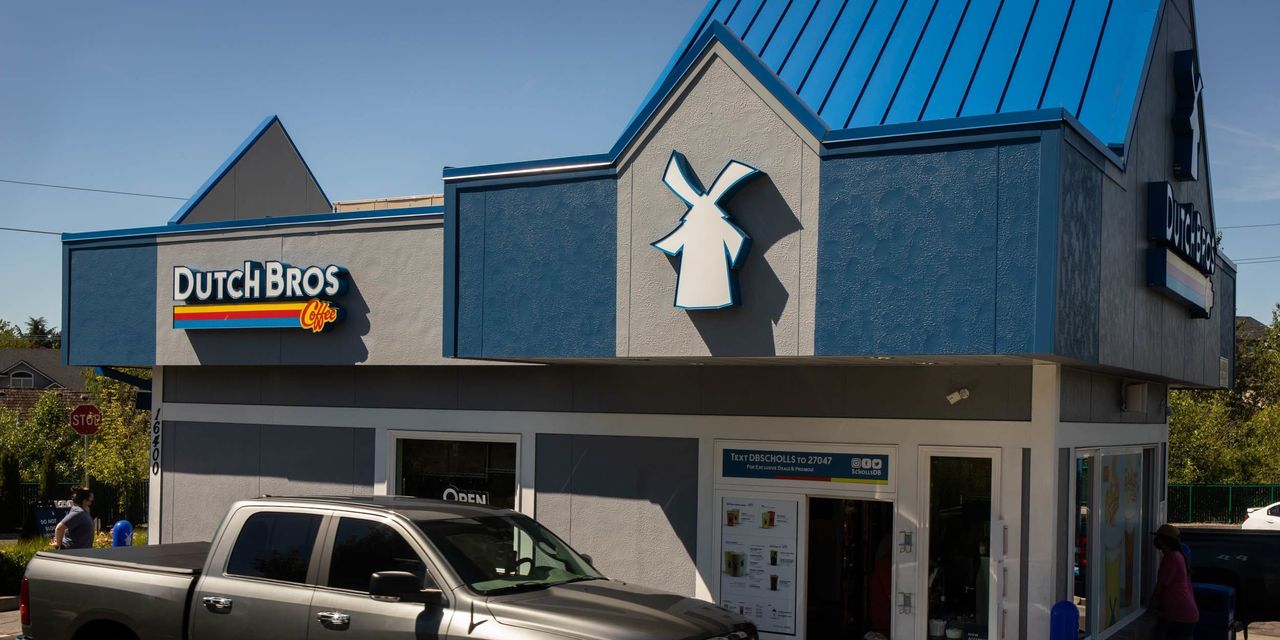 “We anticipated higher expenditures. However, we did not perceive the speed and magnitude of cost escalation within the quarter,” said Joth Ricci, chief executive of Dutch Bros., on the call, according to FactSet.

“Dairy, for example, which makes up 28% of our commodity basket, rose almost 25% in Q1. While costs rose throughout the quarter, we experienced a change in sales trajectory from mid-March onward as macroeconomic headwinds accelerated and comps turned negative.”

Among those headwinds were higher gas prices.

Dutch Bros.
BROS,
,
like so many other companies, raised prices to manage inflation, but Ricci says the increases were “less than half as much as many of our peers.”

It now expects “at least $90 million” in adjusted earnings before interest, taxes, depreciation and amortization (Ebitda) for the year, down from a target range of $115 million to $120 million previously. And for the second quarter, the company is guiding for flat-to-slightly negative same-store sales. The FactSet consensus is for a 1.1% increase.

Despite the results, JPMorgan said “buy the reset.”

“Dutch Bros completed their IPO on Sept. 14, 2021 priced at $23 per share. Approximately 60% of trading days since that time the shares traded above $50,” analysts say.

“The ~16% decline in shares the day earnings were released after market, and ~37% decline in after hours trading is a major reset in the company’s valuation.”

JPMorgan rates Dutch Bros. stock overweight and cut its price target to $36 from $58.

Stifel downgraded Dutch Bros. stock rating to hold from buy, and slashed its price target to $30 from $70.

“We believe the situation Dutch Bros. finds itself in increases the risk that pricing actions could have unforeseen consequences on frequency and traffic trends,” analysts said.

“For example, management highlighted that younger consumers had pulled back on purchase frequency, hurting the late afternoon and evening dayparts.”