Home
Stocks
Deep Dive: You can be ‘practically stealing’ quality stocks now, according to Jefferies
Prev Article Next Article 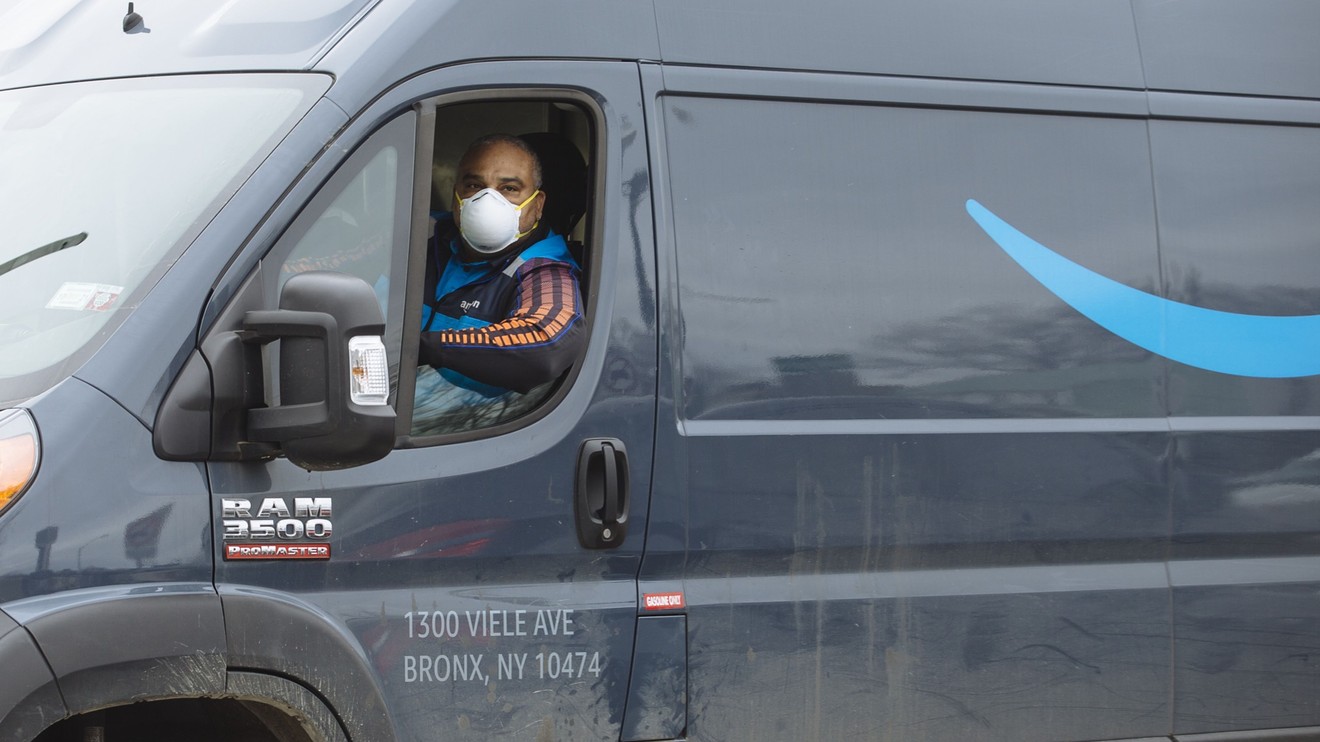 Investors are trying to get ahead of an eventual turnaround for the stock market, even as the coronavirus spreads further across the U.S.

Analysts at Jefferies have published a list of 47 stocks that they believe have “strong fundamentals” and attractive valuations, with opportunities created by “indiscriminate selling” over the past month. The largest of the recommended companies are listed below.

Before getting to the list of “best stock ideas” from Jefferies, a number of warnings are in order:

• It’s too early to call a stock market bottom — it’s a fool’s errand.

• There have been comparisons to the 2008 financial crisis. However, the speed of the current economic disruption is breathtaking. The stock market hasn’t been able to digest the effect of the self-quarantining and business shutdowns. J.P. Morgan has estimated that U.S. gross domestic product will shrink at an annual rate of 14% during the second quarter. But we won’t see second-quarter economic reports and corporate earnings reports until July.

• For the week ended March 21, Goldman Sachs expects to see claims rise to a seasonally adjusted 2.25 million when the figures are released Thursday.

The analysts at Jefferies listed 47 buy-rated stocks across all sectors as “best ideas” in a report March 16 titled, in part, “Practically Stealing.” It was included in the firm’s “Picturing the Week’s Opportunities” report March 21.

The analysts selected “high-quality names that investors would want to own across a cycle — great companies that have strong business models, healthy cash flow and very robust balance sheets,” according to the report.

Here are the 15 largest companies by market capitalization of those 47:

You can click on the tickers for more about each company.

You have to scroll the chart to the right to see all the data, which includes dividend yields.

Four of the companies — Abbott Laboratories US:ABT, Chevron Corp. US:CVX, McDonald’s US:MCD  and Linde US:LIN  — are components of the S&P 500 Dividend Aristocrats Index SP50DIV, +7.09%, because they have increased their regular dividend payouts for at least 25 consecutive years. There is, of course, no guarantee that the coronavirus shutdown of so many businesses won’t force these companies to cut their dividend payouts. A particularly high dividend yield is typically a signal that investors aren’t confident the payout can be maintained.

Here are comments about all 15 companies:

• Nobody needs to be reminded of how important Amazon.com US:AMZN  is at a time when people are afraid to go shopping. It has been the second-best performer on the list since the S&P 500 hit its closing high Feb. 19. Jefferies analyst Brent Thill “sees the benefit of price increases in commodity products (particularly health care) more than offsetting any near-term inventory issues from idle factories in China,” according to the firm’s report.

• Shares of Visa US:V  have fallen in line with the market. Transaction volume is likely to decline significantly, but the company has an advantage: It is not a lender. Tom Plumb, the manager of the Plumb Balanced Fund PLBBX, -2.16%,  said March 16 that investors “should be buying” shares of Visa and its rival Mastercard MA, -1.82%. Jefferies analyst Trevor Williams believes the effect of COVID-19 on Visa’s business will be “transitory,” and that the “long-term growth profile of the business is unchanged.”

• The decline in Home Depot’s US:HD  shares has created “an attractive buying opportunity,” according to Jefferies analyst Jonathan Matuszewski, who sees “the backdrop for home improvement” being supportive for the company “over the medium term.”

• Cisco Systems US:CSCO  has “proven its resilience consistently during multiple periods of uncertainty, meltdown, contagion or crisis over the past 20 years,” according to the Jefferies report. Recurring revenue is expected by Jefferies analyst George Notter to make up a rising percentage of the company’s total sales as the “digital transformation of business” continues.

• Adobe Systems US:ADBE  was also cited by Plumb as a long-term beneficiary of an accelerated movement by businesses toward cloud-based collaboration because of the coronavirus crisis. While the Jefferies report acknowledged that “no company is immune to economic downturns,” Thill of Jefferies sees Adobe as “levered to some of the most important software and internet trends,” and believes it will retain its top positions in “both digital media and digital experience.”

• Nvidia US:NVDA  has been the third-worst performer on the list since Feb. 19. Jefferies analyst Mark Lipacis believes the selloff has created “a particularly attractive entry point” for the chip maker, as data-center computing moves to “a parallel processing model.”

• Abbott Laboratories US:ABT  said March 18 that it received emergency Food and Drug Administration authorization to immediately ship 150,000 coronavirus tests to existing customers and would increase production to provide “up to 1 million tests per week.” Only $1.2 billion of the company’s $20 billion in debt is maturing over the short term, and the company has more than $4 billion in cash and is “more secure” than peers, with “less exposure to elective procedures,” according to the Jefferies report.

• Lewis Altfest, president of Altfest Personal Wealth Management in New York, said during an interview March 16 that he had “put some money into” large oil companies that are well-capitalized, with “big balance sheets and a history for stability” of dividend payouts, including Chevron US:CVX  and its integrated-oil rival Exxon US:CVX, which is also an S&P 500 Dividend Aristocrat. According to Jefferies, “Chevron has the strongest positioning in the integrated oil sector,” with one of the lowest production break-even points and “the strongest balance sheet by far.” When asked if he saw any problems for Chevron or Exxon in maintaining their dividends, Altfest said: “No, I don’t.”

• Jefferies analyst Andrew Barish sees McDonald’s US:MCD  as the “most defensive restaurant … should the consumer falter[,] given its value, convenience and marketing advantages,” according to the report. Barish even thinks it is possible the company will show “high single-digit” growth of earnings per share in 2020.

• Gilead Sciences US:GILD  is the only stock on the list that was up between Feb. 19 and March 20. The company is among 15 that are testing treatments or working to develop COVID-19 vaccines. Click here for continual updates on the progress the companies are making. Jefferies analyst Michael Yee likes Gilead as a defensive play with a strong balance sheet.

• Shares of Linde PLC US:LIN  have fallen in line with the broader market. However, Jefferies analyst Laurence Alexander sees potential for “growth insulated from industrial weakness and the coronavirus,” with “bond-like cash flow streams” for its industrial gas products, used in various industries, including health care.

• The Jefferies team called Mondelez International US:MDLZ, the maker of various snacks, including Oreo cookies and Cadbury, Milka and Toblerone chocolate, “the bellwether U.S.-based multinational food company.” A severe economic decline can hurt the company’s sales, but “chocolate/indulgence food categories usually do well in recessionary environments, and pantry-loading in the U.S. could help offset China pressure in the near-term,” the analysts wrote.

• According to Jefferies analyst Owen Bennett, British American Tobacco UK:BATS  has “the most attractive long-term growth profile across the tobacco space,” because it continues to take cigarette market share and has “compelling RRP [reduced-risk products] offerings.” He forecasts “9% average constant currency earnings growth through 2023.”

• ServiceNow US:NOW  specializes in integrating separate corporate functions through its software to improve efficiency. Considering the increased need for isolated teams to collaborate during the coronavirus outbreak, the continuing digital transformation of large companies can be expected to accelerate. Jeffereies analyst Samad Samana believes ServiceNow can “sustain at or near 28% subscription revenue growth through 2020.”

Don’t miss: Three stocks that are ‘part of the solution’ to the coronavirus crisis