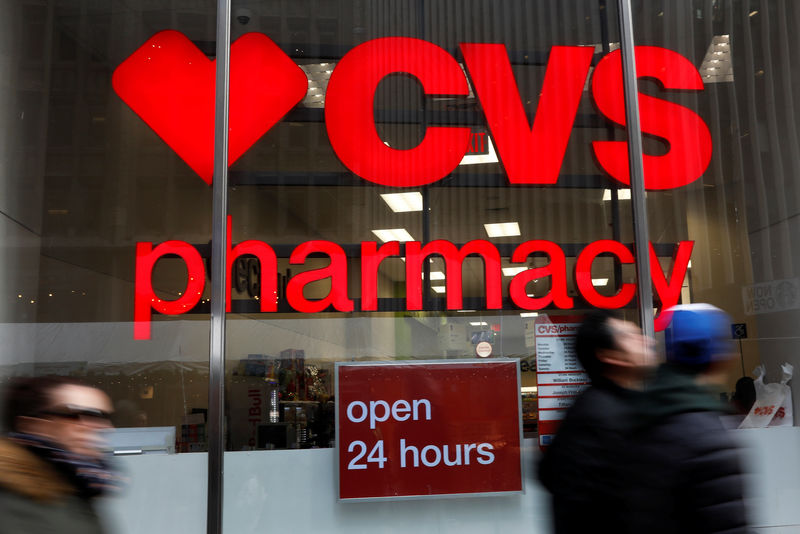 Investing.com — Boomer Naturals started out in 2019 making healthy living products that provided the same treatment as CBD products, without the marijuana. What happened next, no one could have predicted.

In April, as the Covid-19 pandemic upended business as usual, Las Vegas-based Boomer Naturals dropped everything and started churning out face masks. And thanks to earlier talks with the drug store giant CVS Health Corp (NYSE:CVS), it now sells those masks in some 8,000 stores, of more than 9,900 locations. The first shipment went out in July.

“The reception’s been very good, with a lot of repeat orders and planning for additional orders,” said Chief Executive Officer Mike Quaid in a phone interview with Investing.com. He declined to provide exact sales figures. “We sell quite a bit of masks daily in all of these stores so the volume is very good””

Boomer Naturals is talking to national chains in Canada and Mexico to enter those markets.

“We’re able to supply over a million masks a week right now,” Quaid said. “We’re in a great position to help out anybody and everybody.”

The rewards are looking to be handsome. Sales for the quarter that ended Oct. 31 are expected to come at between $30 million and $35 million, more than three times the previous quarter’s sales, which totaled $9.5 million. That’s in large part thanks to CVS.

“We’re very excited about having been able to get involved in this new industry; unfortunately, it came at the cost of a lot of folks getting sick and people dying,” Quaid told Investing.com. “We are hopeful we are making a nice impact and saving lives.”

The masks it sells are produced in Vietnam, where Quaid sees a world of opportunity amid the U.S.-China trade war to make goods of all kinds currently produced in China.

“We’ve been introduced to the manufacturing world in Vietnam,” Quaid said. “Given the geo-political environment and consumer opinion and where they want their products to come from, China is in disfavor to a certain degree.”

Boomer Naturals, which started trading over the counter earlier this year, turned to Vietnam on the suggestion of a Vietnamese executive within the company familiar with nano-silver masks popular in the country. The company secured exclusive rights at three manufacturers to produce masks for the U.S. The Centers for Disease Control-approved masks are reusable and well-priced, according to Quaid.

“We feel like we kinda have the premium tech sector in the masks world locked up to a certain degree,” Quaid said, in part because of exclusivity with its Vietnamese partners.

Talks with CVS had originated over the company’s original CB5 products, which target the body’s endocannabinoid system (ECS), but don’t contain any CBD. Anything with the marijuana-derived ingredient is restricted by the Food and Drug Administration and the Federal Trade Commission, and Boomer saw an opportunity to sell a similar product but one able to be advertised and sold freely.

The products had begun to make headway in the world of golf, chiropractors and through a deal with Tommy Bahama. Then came Covid-19. CVS didn’t pick up Boomer’s CB5 line, but the contact proved fruitful anyway.

Boomer Naturals has been approached by several companies looking to move sourcing away from China, Quaid said, including hospitals needing gowns and bedding. Even clothing sold at CVS could be an opportunity, he said.

“The sky’s the limit,” said Quaid. “We’ve got our people out looking at various types of products.’’