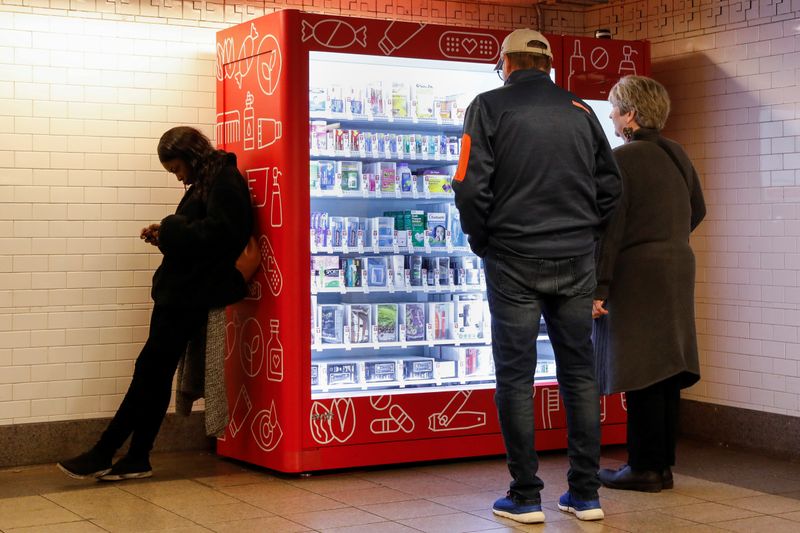 (Reuters) – CVS Health Corp (N:CVS) Chief Executive Officer Larry Merlo will retire after a decade-long tenure at the helm of the company during which he led the $69 billion acquisition of one of the oldest U.S. health insurer, Aetna (NYSE:AET).

Karen Lynch, who was with Aetna at the time of the acquisition in 2018, will succeed Merlo in February, CVS said on Friday. Lynch, 57, has been with Aetna for eight years and was previously president of Magellan Health (NASDAQ:MGLN) Services.

The CVS-Aetna merger was sixty-four-year-old Merlo’s vision who wanted to bring more medical services and testing into CVS’ HealthHub stores nationwide. The leading pharmacy operator aims to have 600 of those stores by the end of the year and 1,500 next year.

“Investors will likely view this transition positively as Karen Lynch is well respected by the investor community,” Evercore ISI analysts said in a client note.

Shares of the company, which raised its full-year profit forecast on Friday after beating analysts’ estimates for quarterly earnings, rose 4.1%.

The company said it has administered more than 6 million COVID-19 tests since March, and expects to play an “important role” in COVID-19 vaccinations, once vaccines are available; a handful are in late-stage testing.

CVS and rival Walgreens (O:WBA) have partnered with the U.S. government to offer on-site vaccinations for residents of care home and assisted living facilities. CVS is also expected to provide vaccinations in its pharmacies.

CVS earned $1.66 per share on an adjusted basis, beating analysts’ average estimate of $1.33 per share, according to IBES data from Refinitiv.