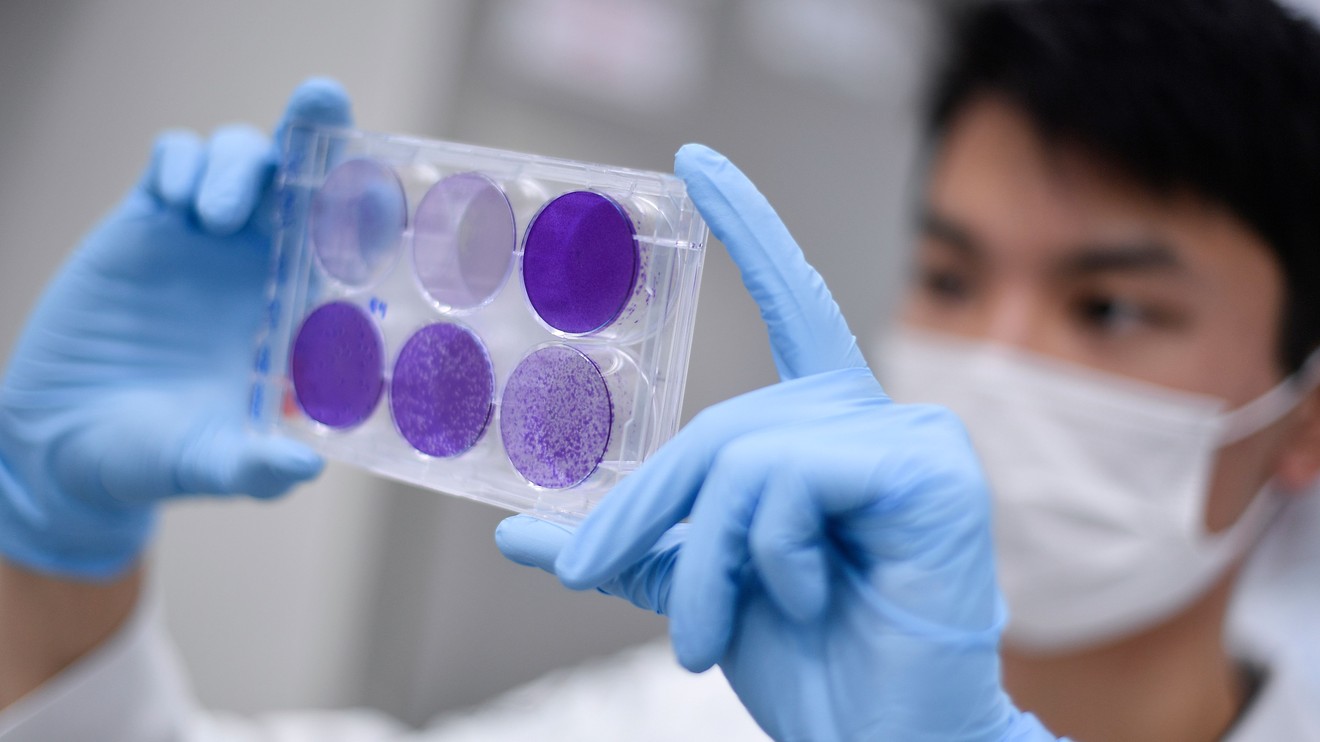 The number of confirmed cases of the coronavirus that causes COVID-19 climbed above 27.3 million on Tuesday with the U.S. accounting for about a quarter of that total, as a group of nine drug makers pledged to “stand with science” in developing a vaccine.

“We believe this pledge will help ensure public confidence in the rigorous scientific and regulatory process by which COVID-19 vaccines are evaluated and may ultimately be approved,” the CEOs wrote.

The move comes amid intensifying fears that the administration of President Donald Trump will attempt to rush out a vaccine before the Nov. 3 election. That comes after the head of the Centers for Disease Control and Prevention sent a letter to state governors in late August, urging them to have vaccine distribution centers ready by Nov. 1, just two days before the presidential election, and with Trump saying on Monday that a vaccine could arrive by a “very special date.”

Besides the logistical challenge of preparing centers at such short notice, experts fear that with clinical trials still recruiting participants, there will not be enough data by November to determine the efficacy or safety of a vaccine, and that a presidential pre-election push will imperil recruitment. Trump has at times appeared to tie his re-election chances to the arrival of a vaccine before the election and has accused the FDA of moving slowly to lengthen his odds against Democrat Joe Biden.

The CEOs titled the statement announcing their pledge: “Biopharma Leaders Unite to Stand with Science.”

The companies said they would “only submit for approval or emergency use authorization after demonstrating safety and efficacy through a Phase 3 clinical study that is designed and conducted to meet requirements of expert regulatory authorities such as FDA.”

“There is a very, very low chance that the trials that are running as we speak could read before the end of October, and therefore, there could be — if all other conditions required for an [EUA] are met — an approval,” he said. “I think it’s extremely unlikely but not impossible.”

Opinion: Trump is following the playbook of other foes of democracy — and here’s how to stop him

Separately, Slaoui told Science that he would resign if he felt “undue” political pressure in the vaccine race.

• Infectious-disease experts are concerned that the cold weather will lead to a surge in new coronavirus cases once winter begins, the Washington Post reported. Respiratory viruses typically start spreading a few weeks after schools reopen after the summer break, while the Labor Day holiday is expected to cause a spike in infections among people who gathered in large numbers. A model produced by the University of Washington’s Institute for Health Metrics and Evaluation that was published on Friday is forecasting that 410,000 Americans will have died by year-end under its “most-likely scenario,” the paper reported. That would be more than double the current death toll of 189,226, the biggest in the world.

Also: The pandemic is accelerating the e-bike revolution, and venture capitalists are along for the ride

• There was grim news for India on Monday, when it passed Brazil by case number. India now has more than 4.28 million confirmed coronavirus cases, and 72,775 people have died, the world’s third biggest death toll, according to numbers aggregated by Johns Hopkins University.

Lockdowns have been reimposed in the northern state of Punjab, but the measures are pushing people into poverty and adding to a long-running tragedy, that of farmer suicides, the New York Times reported. In 2019, 10,281 Indian farmers took their own lives, the paper reported, citing the National Crime Records Bureau. The number is expected to be understated as suicide is a crime in India.

• South Africa’s gross domestic product fell a staggering 51% in the second quarter from the first, as the pandemic forced the country into a strict lockdown, Reuters reported. It was a fourth straight quarter of contraction, according to data from the statistics agency. On a year-on-year basis, the economy shrank 17.1%.

• President Xi Jinping says China has passed “an extraordinary and historic test” and is now “leading the world in economic recovery and the fight against COVID-19.”

Xi, speaking Tuesday at an awards ceremony for medical professionals, awarded medals to four “heroes” from the medical sector to applause from delegates who were all in face masks and a big red flower pin, Channel News Asia reported.

Dispatches from a Pandemic (April 2020):What the doctors and nurses who beat back the coronavirus in Wuhan, China, want you to know about their months in hell

China is reported to be understating its virus numbers, which have remained low relative to other major powers for months. The Johns Hopkins data show China has 90,085 cases and 4,733 deaths.

• The prime minister of France, Jean Castex, will be tested for the virus, after he spent part of the weekend with the head of the Tour de France cycling race, Christian Prudhomme, who has tested positive for the virus, Agence France-Presse reported. Castex was in Prudhomme’s car as they followed the eighth stage of the race on Saturday. Prudhomme, who is asymptomatic, is leaving the race for a week and will quarantine. “The prime minister will again undergo a test,” Castex’s office said, adding that both men had worn masks and respected rules on social distancing.

• The 10-day Sturgis Motorcycle Rally in South Dakota in August, which drew more than 400,000 people, has now been linked to more than 250,000 coronavirus cases, according to a study from Germany’s IZA Institute of Labor Economics. Using cellphone data from the rally, researchers found the bikers, who were photographed and filmed in crowded bars, restaurants and outdoor venues mostly without face masks, allowed for many of the “worst case scenarios” for superspreading.”

The event “was prolonged, included individuals packed closely together, involved a large out-of-town population, and had low compliance with recommended infection countermeasures such as the use of masks,” the researchers wrote. The event will cost an estimated $12 billion in health care costs, they wrote. Last week, the Washington Post reported the first COVID-19 death from the event, a Minnesota biker in his 60s.

There are now 893,382 fatalities around the world from COVID-19, the Johns Hopkins data show. At least 18.4 million people have tested positive and recovered.

See:Spain virologists say the country’s second virus wave holds a valuable lesson for the rest of the world

Leerink analysts said it’s still likely that the Moderna’s vaccine candidate will be authorized by the Food and Drug Administration in the fourth quarter of this year “but speed to market has fallen behind competitors.” Unlike rival drug manufacturers developing vaccines, Moderna does not have any other approved products to buffer the company’s revenue-earning potential.

Inovio has announced a number of manufacturing partners to help it meet its target of making 100 million doses of the still investigational vaccine candidate in 2021. Thermo has been tasked with manufacturing drug substance and doing fill-and-finish work for the vaccine.

Inovio has released limited data from its Phase 1 clinical trial, with plans to publish the full data in a peer-reviewed medical journal, and said it expects to start its Phase 2/3 trial this month, once it gets the go-ahead from the Food and Drug Administration.

• Brunswick Corp. BC, +0.87% is resuming a share-buyback program suspended earlier this year because of the coronavirus pandemic. The maker of boat engines and other parts said it had completed about a third of the $100 million in repurchases planned for this year before the suspension, after buying back $400 million of shares in 2019. “Entering September, we continue to see a very healthy marine market which is driving the strong cash flow performance of our business,” Chief Financial Officer Ryan Gwillim said in a statement.

• General Mills Inc. GIS, -5.74% has made market share gains in the U.S. and abroad due to at-home eating habits during the pandemic. The food company’s brands include Cheerios, Yoplait and Häagen-Dazs. General Mills gave a business update ahead of its participation in the 2020 Barclays Global Consumer Staples Conference. Among the international markets where it has made gains are China, Brazil, France and Canada. General Mills expects fiscal 2021 adjusted operating profit margin to be in line with fiscal 2020 levels, though the company said it faces headwinds from factors including ongoing health and safety expenses.

• Peloton Interactive Inc. PTON, +6.16% lowered the price of its original exercise bike while introducing an even more premium option and rolling out a new lower-priced treadmill. The company is reducing the price of its Peloton Bike to $1,895 beginning Sept. 9, down from a prior price of $2,245. Peloton’s new Bike+ will cost $2,495 and will feature a rotating tablet screen that will more easily allow people to engage in Peloton’s bike workouts and floor-based workouts, which have been popular during the pandemic. The bike also will be able to sync up with a user’s Apple Watch to allow for consistency between metrics. Those with the original Peloton Bike can trade in their older model and receive a $700 credit toward the Bike+ and a yoga and accessories package. Peloton also announced that it will offer a cheaper treadmill beginning in early 2021 that will be priced at $2,495. Peloton’s existing treadmill, which will be renamed the Tread+, sells for $4,295.

• Progress Software Corp. PRGS, +0.21%, the business-support software company, provided an upbeat outlook for fiscal third-quarter earnings, citing better-than-expected revenue performance and a continued focus on cost cutting. The company expects to report net income for the quarter to Aug. 31 of $108 million to $110 million, or 50 cents a share to 53 cents a share, up from previous guidance of $103 million to $108 million, or 47 cents to 49 cents a share. Excluding nonrecurring items, Progress expects to report adjusted EPS of 75 cents to 78 cents, above previous guidance of 69 cents to 71 cents, and above the FactSet consensus of 67 cents. For 2020, the company raised its adjusted EPS guidance range to $2.94 to $2.97 from $2.82 to $2.86. The FactSet consensus for 2020 EPS is $2.68.