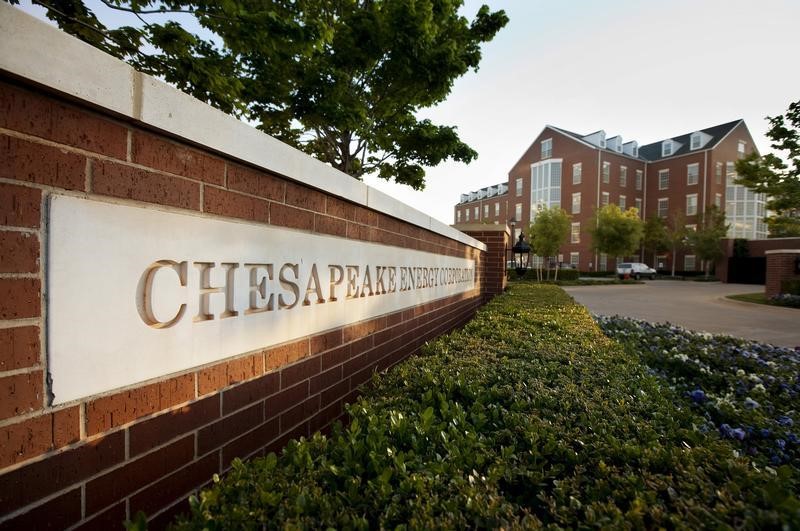 (Reuters) – When U.S. oil and gas producer Chesapeake Energy Corp (NYSE:CHK) emerged from bankruptcy in February, it touted to investors a clean balance sheet, a new board of directors and a promise to restrain spending.

Since then, the company has endured a senior management shakeup and, according to two sources familiar with the matter, its interim CEO has told employees that the company is eyeing acquisitions that could help double its size.

The mixed signals, say some investors, shed light on why Chesapeake’s stock rise has lagged that of rivals. One problem is that no one is exactly sure of the company’s real post-bankruptcy strategy.

Chesapeake’s stock has gained about 21% since the company emerged from bankruptcy. But shares of rivals Antero Resources (NYSE:AR) Corp and Range Resources Corp (NYSE:RRC) have climbed about 67% and 53%, respectively, in the same period. Natural gas prices, meanwhile, have soared about 43% to $4.06 per million British thermal units.

Investor confidence in Chesapeake’s reboot began to flag in April after then-director Michael Wichterich unexpectedly fired CEO Doug Lawler, who had headed Chesapeake for eight years, and took over his position on an interim basis.

Lawler had been widely credited with whittling away the company’s $13 billion debt load with a conservative approach to spending and had shepherded the company through bankruptcy.

In a town hall meeting shortly after the firing, Wichterich told employees that he had a knack for deal-making and recited a litany of deals he had closed on over the course of his career, according to two sources who attended the meeting. He then told them Chesapeake needed to grow or it would become an acquisition target, according to the sources, who added he has mentioned doubling the size of the company.

“That freaked a lot of people out,” said one of the sources, who asked not to be named discussing the matter.

Chesapeake did not make Wichterich available for an interview and declined to comment for this story.

Around the time of the town hall, and in contrast to what Wichterich had told employees, rumors began circulating in the market that the company’s new, post-bankruptcy board was keen to sell off such prized assets as the company’s properties in South Texas.

In June, three other top executives – Chesapeake’s general counsel, chief accountant and vice president of exploration and production – left. They had all been a part of Lawler’s team.

Chesapeake was once the second-largest U.S. gas producer. It fell into bankruptcy after years of overspending on acquisitions that left it cash-strapped and unable to tap vast resources.

It also suffered a morale-sapping scandal. Its founder, Aubrey McClendon, died in a fiery car crash in 2016 a day after he was indicted by a federal grand jury for rigging natural gas leasing bids.

Now, the company’s massive campus in Oklahoma City is full of vacancies due to staff losses.

Although it is not uncommon to replace a CEO after bankruptcy, Lawler was well-liked by Wall Street and had won praise for keeping the debt-laden business afloat for years.

Chesapeake has said the search for a new, permanent CEO to replace him may take several months.

Under his current compensation plan, Wichterich received a salary of $61,250 per month through the end of July. That jumped to $204,583.33 per month in August, according to a regulatory filing.

Not everyone has concerns over Chesapeake Energy’s future. One former employee contacted by Reuters said there were plenty of “brilliant people” working at Chesapeake who would take the Oklahoma City-based company to the next level.

And one investor, who spoke on condition of anonymity, said they trusted the decisions made by the board and current management and were happy with the company’s financial position.

Analysts and people close to the company say that deals may be coming, likely in the form of bolt-on additions to the company’s natural gas assets, which are viewed as better than its oil properties. Opportunities abound, as several private equity firms are looking to exit the Haynesville and Appalachian shale plays.

But investors this year have punished companies proposing to expand production by acquisition.

Some energy investors would prefer shale companies to figure out how to deliver higher returns on flat investment, said Robert Thummel, managing director for Tortoise, an energy investment firm.

Thummel previously owned Chesapeake, but said he would need to see “several quarters’ worth of discipline and a clear path for returning capital to shareholders” before buying it again.