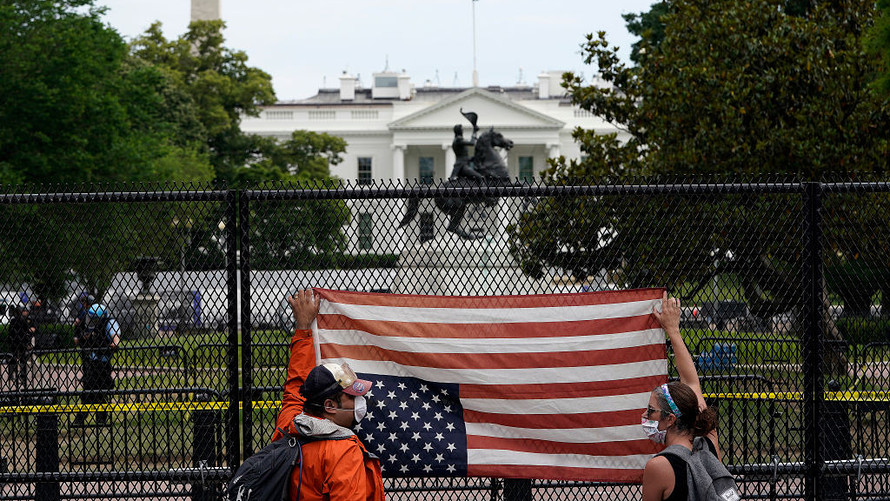 We can’t seem to agree on much of anything these days, but a new NBC News/Wall Street Journal poll has apparently found some common ground:

That’s Democratic pollster Jeff Horwitt talking about the survey in which eight out of 10 voters said that they believe things are out of control in the United States. Republican pollster Bill McInturff and his GOP colleagues at Public Opinion Strategies helped Horwitt conduct the survey.

The majority of people in the poll, which was conducted May 28 to June 2, are still worried about the coronavirus, the economy and the leadership in the White House.

Breaking it down by party, 92% of Democrats, 78% of independents and even 66% of Republicans are in the camp that things are spiraling out of control

Separately, 46% of respondents said they see the economy as “poor,” the highest percentage for that question since September 2012, NBC noted, while 31% described it as “fair.” Of note, this was before the big jobs number released on Friday.

As for the upcoming election, the recent unrest doesn’t seem to be impacting President Trump all that much, according to the poll. His approval rating stood at 45%, down 1 percentage point from April. His 7-point deficit against Joe Biden — 42% to 49% — stayed the same.

“Those are remarkable findings that speak to the power of our partisan silos,” McInturff said.