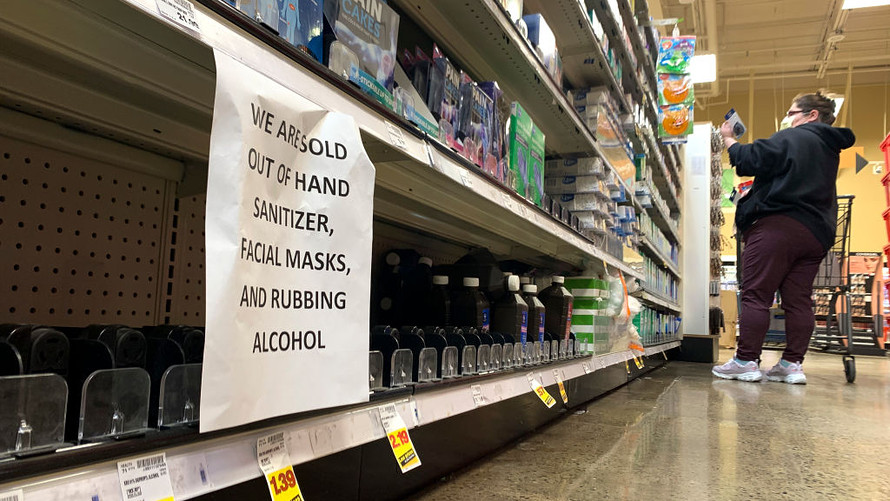 The economic impact of the coronavirus will not only be sharp, it will be long-lasting, the nonpartisan Congressional Budget Office said Monday.

In a report issued in response to a request from Senate Democratic Leader Chuck Schumer, the CBO said it expected real gross domestic product to be about 3% smaller over the 2020 to 2030 period than it had projected in January, before the pandemic hit the U.S. In inflation-adjusted dollar terms, that drop would be equivalent to $7.9 trillion. Read the CBO’s report.

The figures are based on projections released May 19 and CBO repeated they reflect a “significant markdown” in growth estimates.

“Business closures and social distancing measures are expected to curtail consumer spending, while the recent drop in energy prices is projected to severely reduce U.S. investment in the energy sector. Recent legislation will, in CBO’s assessment, partially mitigate the deterioration in economic conditions,” the agency said.

CBO’s projections of the quarterly losses due to COVID-19 match the so-called “square root recovery” some analysts have said they expect the economy to take — a sharp downturn followed by an almost equally sharp bounceback and a long, gradual slog upward after the initial decline and rebound.

For example, the difference between the January estimate and the updated estimate of real second quarter GDP was put at 13.3% but dropped to 7.6% at the end of 2020 and “roughly disappears” by 2030.

On a nominal level, the drop over the 11-year 2020-2030 period would be even larger, at $15.7 trillion or 5.3%. But much of the difference between the nominal decline and the real one is due to lower-than-previously projected prices over the forecast window.

“By 2030, lower prices account for roughly all of the revision to nominal GDP,” the CBO said.

CBO also warned its estimates could be off, depending on how the pandemic unfolds, the impact of social distancing and other factors. “Additionally, if future federal policies differ from those underlying CBO’s economic projections—for example, if lawmakers enact additional pandemic-related legislation—then economic outcomes will necessarily differ from those presented here,” the CBO said.