Morrisons, owned since October by U.S. private equity firm Clayton, Dubilier & Rice, has been the worst performer of Britain’s so-called “big four” grocers in recent months, according to industry data.

It said the price cuts were in essential items such as eggs, baked beans, rice, coffee, cereals, chicken, sausages and nappies. It said the average saving was 13%.

The group has also introduced new “multi save” promotions, such as two boxes of cereal for 1.80 pounds ($2.30) and a “Compare & Save” campaign to help shoppers identify savings that can be made by swapping branded items for Morrisons’ own brand products.

Surging prices are causing the biggest squeeze on UK household incomes since at least the 1950s.

Supermarket groups typically try to keep down the prices of so-called “known value items”, of which shoppers instinctively know the cost, while pushing up the prices of other goods.

Britain’s overall inflation rate hit a 30-year high of 7% in March and is expected to peak at nearly 9% later this year.

A survey published on Friday showed UK consumer confidence slumped to its lowest level since records began nearly 50 years ago. 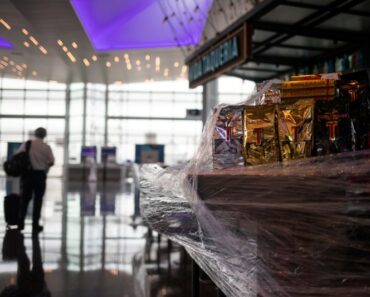