Home
Breaking News
Boeing Made These Shrewd Moves to Fend off Investor Revolt. Will it Last?
Prev Article Next Article

Tuesday should have been the worst of all days for Boeing.

The day before, the company announced that it would halt production of its fast-selling but troubled aircraft, the 737 MAX next month.

Then, Tuesday morning, Boeing said it had no plans to lay anyone off because of the stoppage, and that yes, dear shareholders, it would continue to pay out its dividend.

Had corporate management gone loopy? Announcing a quarterly dividend payment worth about $1.2 billion and, the morning after, ruling out layoffs following a production halt on its star product—a decision that led major customer Southwest Airlines to delay the MAX’s debut on its flight schedule from March 6 to April 13, 2020—would normally be the kind of behavior that would set investors’ heads spinning with doubts.

But ultimately the market didn’t blink.

Since the Lion Air and Ethiopian Airlines 737 MAX crashes that killed 346 people and led to the grounding of the airplane in March, Boeing’s stock trajectory has resembled something like a flight rocked by violent mid-air turbulence—dropping from a high of $440.62 in February to a low near $320 in August.

On Tuesday, Boeing’s global suppliers saw their shares take a hit, with General Electric, which makes the MAX engines, falling 0.63%. But Boeing’s own shares ended the day flat at $327, recovering from an early sell-off.

The question, then, is why the market didn’t punish the Chicago-based planemaker on such a traumatic day.

The answer: steady moves and positioning on Boeing’s part, and the bottom-line realities of its business.

No ifs, ands, or buts. The company has taken a big hit over the MAX, and the decision to stop making the plane—however long the hiatus lasts—is serious. “For them to halt production means there are sales that are permanently lost,” says James Angel, professor of finance at the McDonough School of Business at Georgetown University.

But while virtually all the talk about the company these days focuses on the MAX, Boeing is more than this one product line. Boeing has three separate divisions: commercial airlines; defense, space, and security; and global services—and the two business segments that don’t involve the 737 MAX grew year-over-year. The table below shows the revenues for each in the first nine months of both 2018 and 2019.

And, airlines are locked in to what’s effectively a duopoly of Boeing and its European rival Airbus. The latter has been unable to really capitalize on Boeing’s misfortunes as it simply cannot ramp up fast enough to meet the demands of even the most frustrated Boeing customer.

One was to explicitly mention that there would be no layoffs—for now. Typically a production setback in a manufacturing setting would result in sending workers home until the issues get resolved. By keeping everyone on the books, Boeing was saying that it didn’t expect a long hiatus and that its fate does not hang on a single product, no matter how commercially important it is.

In other words, Boeing wants to remind the markets it’s got more horses in the stable.

Then comes the issue of the dividend. Without a doubt, even a temporary halt to MAX production makes this sacred cow all the more expensive to deliver to shareholders.

But, analysts note, one big reason the stock didn’t tank on Tuesday is that Boeing announced its decision to continue paying dividends. Not doing so would have been a “sign that they are not making enough money” to cover the payments, says James Angel, professor of finance at Georgetown University’s McDonough School of Business. That would likely result in a further collapse of the stock.

(There’s also the fact that cutting the dividend—and watching the share price fall—would hurt the net worth of executives who get much of their compensation in the form of stock options and grants.)

But money’s money, and Boeing needs to offset what it spends on dividends—which had been running at $4.7 billion a year, as Jefferies analyst Sheila Kahyaoglu told Aviation Week. She also said that, while MAX production is still ongoing, just holding the resulting inventory costs $4.4 billion a quarter. Halting production trims those so-called inventory carrying costs and, therefore, frees money for dividends.

Still, that might not be enough. J.P. Morgan has estimated that even after stopping production, Boeing will burn through $1 billion a month in overhead and labor costs, according to CNBC.

One way to prop up investor confidence in these tumultuous times—although not announced by Boeing—could be a temporary cessation of share buybacks, in which the company purchases stock from existing shareholders to transfer cash to them. In December 2018, the company’s board authorized an expanded $20 billion buyback program. Last year, Boeing spent $9 billion on buybacks.

But buybacks aren’t on nearly as regular a schedule as dividends distribution, and they could be paused without causing relatively undue shock. “It seems to be less of an alarm,” Bryan Routledge, associate professor of finance at Carnegie Mellon University’s Tepper School of Business, said of the buybacks. That could allow for more cost cutting without sending a negative signal to investors.

Call for the cavalry

According to multiple reports, there are tensions between Boeing and the FAA. The manufacturer has pushed the FAA to speed the authorization process so it can return the MAX to the air—and get revenue coming in. The FAA has said no.

A letter that the agency sent to oversight committees in the House and Senate, as reported by the Wall Street Journal, stated that Boeing was trying to push the FAA into faster action than would be prudent. “The administrator is concerned that Boeing continues to pursue a return-to-service schedule that is not realistic due to delays that have accumulated for a variety of reasons,” the letter purportedly said.

Feinseth, who says he’s bullish on Boeing, thinks that the announcement about stopping production “wasn’t about money” but rather “about getting President Trump on board to solve the problem” by pushing the FAA for a resolution. “Boeing just hit the brakes because they want government to get involved,” Feinseth said.

As Feinseth notes, presidents count on strong economies to help their reelection bids, and the plane issues have lowered travel capacity, driving up air travel prices: “Maybe it wakes everybody up and now we need to address it because it’s taken far too long for the FAA to work with Boeing to get it fixed.”

Of course, there are negative long-term implications for Boeing no matter how quickly its tensions with the FAA are resolved. According to a client note from Morningstar associate equity analyst Burkett Huey: “As the rate of 737 production increases drives a large chunk of our valuation for the firm, this decision reduces our fair value by $8 per share (about 2.25%) to $349 per share from $357 per share.” Still, that’s a good 10% above where the stock is trading today.

—2020 Crystal Ball: Predictions for the economy, politics, technology, etc.
—In scooter startups, landlords see a competitive edge and the city of the future
—Big tech companies avoided over $100 billion in taxes. What that means
—How blockchain will shake up the financial world
—What went wrong at Chime? How rapid growth became its own challenge
—Don’t miss the daily Term Sheet, Fortune’s newsletter on deals and dealmakers. 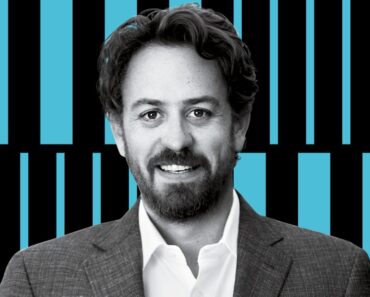 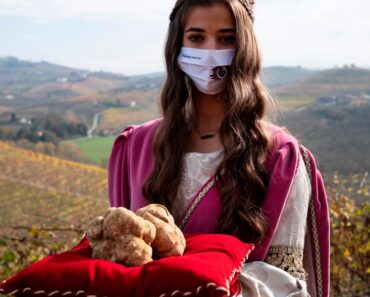