NEW YORK (Reuters) – Carnival (NYSE:CCL) Corp is expected to report a smaller quarterly loss and a spike in revenue when it announces second-quarter results on Friday, but bargain-basement prices for some cruises may squeeze the cruise operator’s margins.

Analysts expect the Miami-based company to report a loss of $1.17 a share compared with a loss of $1.80 per share a year earlier. Revenue is seen at $2.77 billion, from $50 million when cruises were grounded in the pandemic, according to data from Refinitiv.

“Your typical Carnival, Royal Caribbean (NYSE:RCL) or Norwegian Cruise this summer to the Caribbean is about as cheap as we’ve ever seen it,” said Truist Securities lodging and experiential leisure analyst Patrick Scholes.

Cruises are more likely to discount rooms closer to departure dates in part due to COVID-19 testing protocols as well as the fact that 13% more ships are at sea than pre-pandemic, he said.

Analysts forecast the company’s gross profit margin around 11% for the quarter, a figure that was over 30% before the pandemic, according to Refinitiv data.

But travelers, facing inflation at 40-year highs, are responding favorably to the growing number of cruise discounts and deals.

Cruise Critic, by online travel company Tripadvisor, reported that an interest in cruise vacations this summer is rising when compared to the same period in 2021.

Bookings increased in June over 60% when compared to June 2021 and the average cost of a five-night Caribbean cruise for two dropped from around $3,000 to $2,000 during the same time period, according to Cruise Critic data.

Travel search engine Expedia (NASDAQ:EXPE) has also seen an increase in last minute bookings. Trips booked within 90 days of scheduled departure have increased by roughly 8% when compared to summer 2019, according to Expedia Group spokesperson. 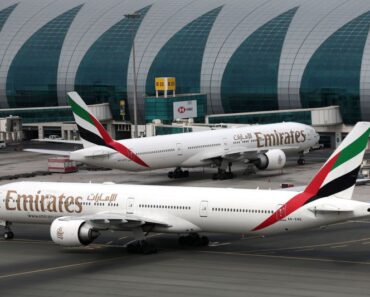