HONG KONG (Reuters) – Asia’s share markets were mixed and the dollar held steady on Tuesday, with investors awaiting U.S inflation data for more clues on when the Federal Reserve will taper stimulus.

China’s tightening grip on its technology companies and a widening liquidity crisis for the country’s most indebted developer continued to keep investors on edge in early trade.

MSCI’s broadest index of Asia-Pacific shares outside Japan was up 0.13%.

In Hong Kong, shares of developer China Evergrande Group slumped after revealing it had appointed financial advisers to examine its capital structure.

The company also said sales would fall again in August due to concerns over its debt which would hurt its liquidity and cash flow.. Its shares dropped 7%.

China’s technology stocks are also being closely scrutinised after authorities told the country’s tech giants to stop blocking each other’s links on their sites.

The directive was the latest in a string of tightening regulations that has dragged down the Hang Seng Tech Index by nearly 40% since its peak this year in February.

“We are still concerned about the regulations, what they mean and how they will be rolled, but with the correction that is underway, that means there is some value in certain parts of the Chinese equities market,” Luke Moore, Oreana Financial Services chief executive, told Reuters.

“We don’t see an end in sight to the changes yet, we think the uncertainty is going to continue and everyone is looking for clarity on how far the regulations will go and what could be next.”

The Nasdaq Golden Dragon China Index, which tracks Chinese companies listed in the United States, fell 1.1% on Monday, to take its decline over the past six months to 35.5%.

Meanwhile, markets are awaiting U.S. inflation data on Tuesday, expected to show core consumer prices rose 0.3% in August. Prices were up 0.3% the previous month and 0.9% in June.

Economists expect annual inflation to ease slightly to 4.2% from 4.3% in July. The data comes ahead of a key meeting by the Federal Reserve on Sept 21-22.

“We estimate the pace of price increases declined in August as re‑opening frictions slowly fade,” Commonwealth Bank head of international economics Joseph Capurso said in a note to clients.

“There will be lots of analysis of individual price moves that reflect the re‑opening of the economy and supply bottlenecks.”

The prospect of a corporate tax hike in the United States from 21% to 26.5% as part of a $3.5 trillion budget bill remains front and centre for investors.

Goldman Sachs (NYSE:GS) estimates a tax rate increase to 25% plus half of the proposed hike in foreign income tax rates could shave 5% off S&P500 earnings in 2022.

The dollar index was flat in Asian trade at 92.62 after falling back from its two-week high reached on Mnday of 92.87 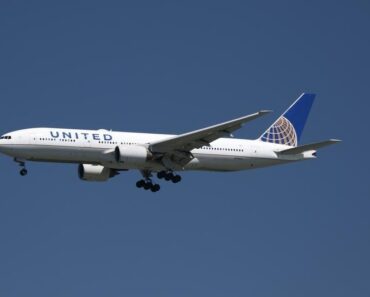