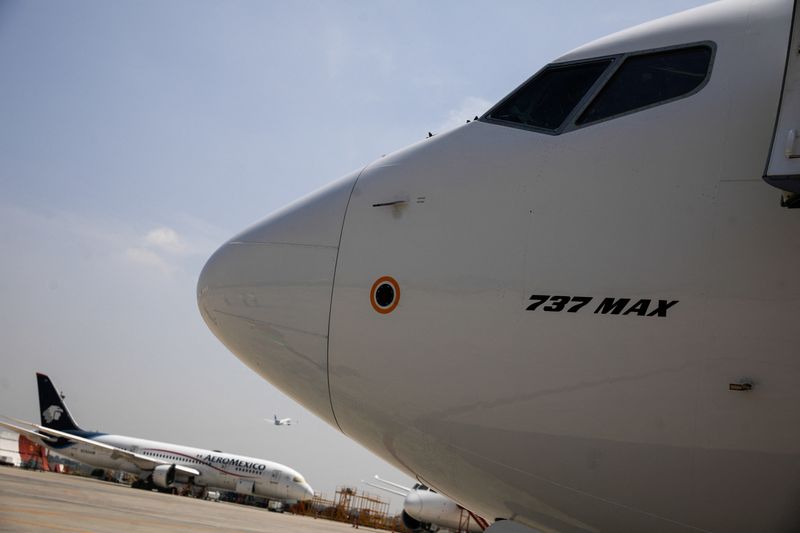 The move comes as firms report a stronger than expected U.S.-led recovery — but one increasingly overshadowed by inflation, rising borrowing costs and the effects of the conflict in Ukraine.

SMBC’s deal puts it in the no.2 industry spot globally, leapfrogging Dublin-based rival Avolon, behind AerCap.

The long-awaited agreed takeover of Goshawk, which was confirmed by the company on Monday after a Reuters report last week, could increase pressure on smaller rivals to follow suit as funding costs rise with higher interest rates, analysts said.

“It means only the biggest and strongest lessors can compete at the levels you need to compete at to win,” consultant Paul O’Driscoll of advisory firm Ishka, told Reuters.

Leasing companies now control more than half the world’s fleet of aircraft and bankers say private equity firms are also hovering over at least one lessor as the industry matures.

SMBC Chief Executive Peter Barrett, among the crop of leaders that emerged to run the Dublin-led aircraft leasing industry from the roller-coaster empire of Irish tycoon Tony Ryan, has said he expects the industry’s growth to continue.

Speaking at the Airfinance Journal conference in Dublin two weeks ago, Barrett told delegates that a series of industrial and economic crises would reshuffle the deck.

He did not address longstanding rumours of a tie-up with Goshawk at the event, one of a pair of back-to-back conferences in the world’s air leasing capital.

“You need the motivation of sellers and that is going to change, also because of increased funding costs. That’s going to be a factor in whether owners hold these assets or trade them,” Barrett told the conference.

AerCap Chief Executive Aengus Kelly, who shook up the industry by buying ILFC in 2013 and then GECAS last year to secure the no.1 spot, says size brings increased clout in crucial negotiations with repair shops and jetmakers.

“You’re just at a different level to the rest of the industry,” Kelly told last week’s Airline Economics conference.

“No one wants to do consolidation just to get bigger for the sake of getting bigger… but I would say it’s going to be something that will happen over time.”

Leasing pioneer Steven Udvar-Hazy, however, warned against deals for their own sake.

“It’s not going to change the total worldwide need for aircraft. It’s just a redistribution of who’s supplying those aircraft to the airlines,” the executive chairman of U.S.-based Air Lease (NYSE:AL) Corp said.

“We’d rather add more airplanes than more staff and more bureaucracy…So we’ll continue to look at it and if there’s a golden opportunity will grab it,” he said.

After a two-year absence during the coronavirus pandemic, delegates at the Dublin conferences trumpeted rising demand.

For now, there are shortages of key aircraft after Boeing (NYSE:BA)’s two-year 737 MAX safety grounding, then COVID-19 and most recently the confiscation of hundreds of planes in Russia.

Lessors warned airlines they were ready to pass on higher funding costs, which for travellers means higher ticket prices.

But whether and how quickly inflation and lower disposable incomes could come back to bite the industry is unclear.

“Growth is the cause; inflation is the effect. And the other reason for inflation is massive liquidity put into the system at a very low interest rates,” he told the Airline Economics event.

Others fear that could trigger recession and cut traffic.

Leasing veteran Norman Liu, who built GECAS out of the ruins of Ryan’s leasing empire in the 1990s, warned financiers over a return to growth-free inflation and questioned how long the travel snapback would last.

“While everyone’s talking about a great summer for travel, when you talk to people about the fall…do we get into travel not being a novelty anymore?,” Liu said at the Airfinance Journal conference.

“In the stagflation environment, what does that mean for the industry?” Liu added.