Home
Stocks
: After controversy, Cisco commits $100 million to broad social-justice pledge, including increasing Black workers and leadership
Prev Article Next Article
This post was originally published on this site 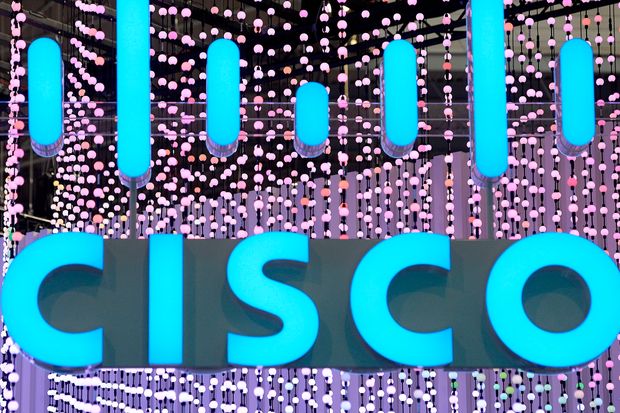 Cisco Systems Inc., which fired some employees over the summer for comments about racism and Black Lives Matter during virtual staff meetings, unveiled a social-justice platform that delves deeper into those issues on Wednesday.

The Silicon Valley networking giant said its commitment — which includes giving all its employees a day off to vote — is a first step to “expanding opportunities and support for Black communities.”

“We’re hoping these actions serve as a combination of inspiration and action,” Fran Katsoudas, executive vice president and chief people officer of Cisco, said in an interview Tuesday.

Cisco CSCO, -0.76% vowed to increase the representation of Black employees companywide by 2023, specifically by boosting those numbers 25% at the employee-through-manager level and by 75% at the levels of director, vice president and higher. According to its 2019 diversity report, 3.8% of the company’s overall U.S. workforce was Black, and those numbers were even lower at the leadership/manager and VP levels, at 2.2% and 1.8%, respectively. There are no Black workers at the executive level.

The San Jose, Calif.-based company further said it will focus on increasing the diversity of its board members. Its board is composed of three women and seven men. There are no Black directors on the board. One of the men, Arun Sarin, is Indian American, and one of the women, Lisa Su, is Taiwanese American.

The actions by Cisco are the latest among the corporate responses to the national reckoning on racism that was sparked by the killing of George Floyd, a black man, by Minnesota police in May, and the nationwide protests that followed. Other big tech companies, such as Facebook Inc. FB, +0.16% and Alphabet Inc.’s Google GOOG, -1.35% GOOGL, -1.45%, have announced monetary pledges and vowed to increase their workforce diversity, as well.

Considering the recent firings of what Cisco says was a handful of employees whose comments “did not live up to our values as a company,” Katsoudas said “we plan to be incredibly thoughtful in everything we do.”

Cisco CEO Chuck Robbins spoke with Ford Foundation President Darren Walker, who is Black, and Bryan Stevenson, a Black lawyer who founded the Equal Justice Initiative, in front of 30,000 Cisco employees in June after the killing of Floyd. That meeting, and subsequent meetings about racial justice, sparked comments from employees in internal discussions including “Black lives don’t matter. All lives matter,” Bloomberg News reported, which led to the dismissals.

Cisco also said it is launching a $50 million venture capital fund it’s calling the Aspire Fund, which will invest in venture funds and startups with diverse leadership and founders, and committing $50 million over five years to increasing the diversity of its partners. It will also invest in technology upgrades and scholarships for historically black colleges and universities (HBCUs), especially as they deal with the economic effects of COVID-19, and require annual diversity reports from its suppliers.

In addition, Cisco employees will be required to participate in annual anti-discrimination learning in the next 18 months. The company will expand mentoring and sponsoring relationships to ensure all Black employees have access to the company’s leaders.

Katsoudas said the company told its employees last week about the social-justice actions before announcing them publicly Wednesday. She added that the company had started focusing on what it could do for the Black community at the end of last year — including taking a look at college recruitment and career opportunities — and that its actions now are an extension of that.

“What we’ve seen, if we don’t take specific action for the Black community, is that we’re not going to see fairness for all,” Katsoudas said.