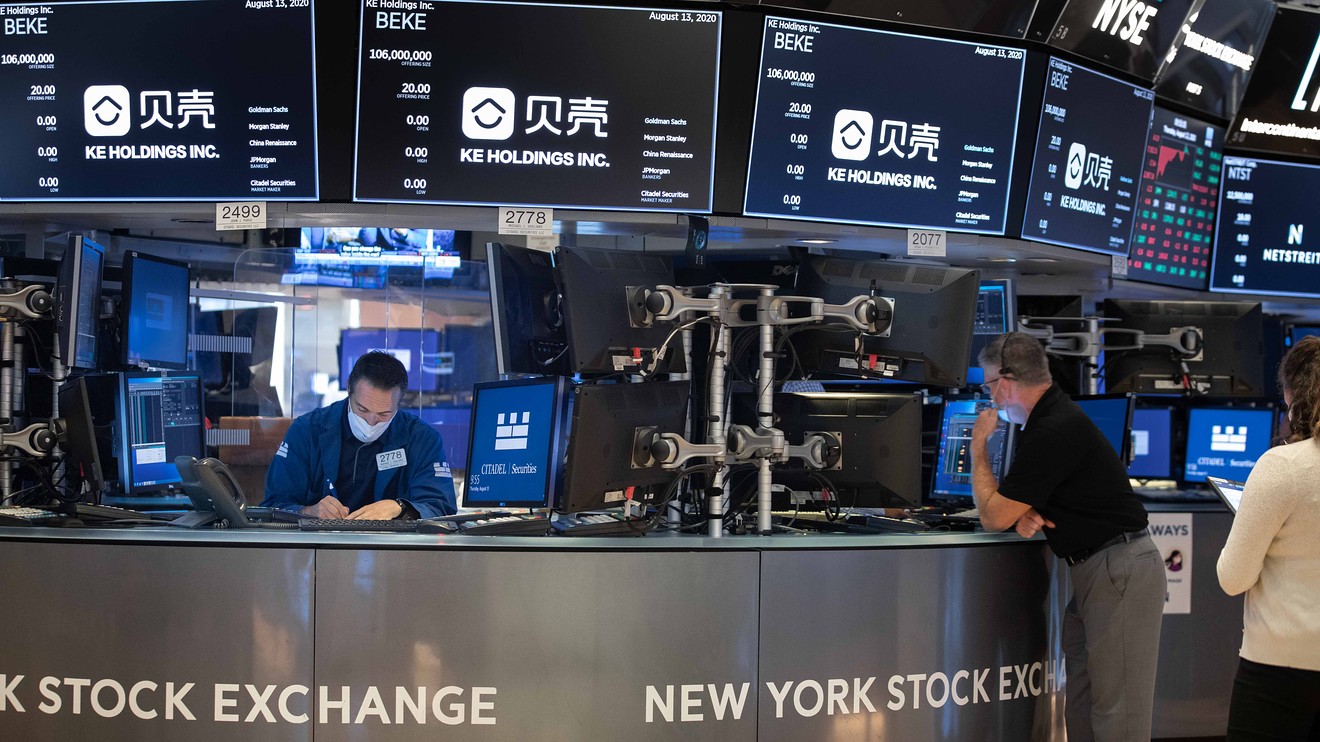 Shares of KE Holdings Inc., a Chinese online property platform, initially soared 77% in a blockbuster public debut Thursday that raised more than $2 billion despite the imminent threat of a hostile U.S. government.

“These are very good results and affirmation of our company’s culture of transparency and collaboration,” company Chief Financial Officer Tao Xu told MarketWatch in a phone interview early Thursday. KE Holdings reported a net profit of $227.5 million in the first half of 2020 on revenue of $1.77 billion.

The Beijing-based company priced its initial public offering early Thursday at $20 per American Depositary Share, above its proposed price range of $17 to $19. It sold 106 million ADS to raise $2.12 billion. Goldman Sachs led nine underwriters on the deal.

Opinion: Luckin Coffee shows how risky Chinese IPOs can be, but investors are just not listening

Xu declined to speculate on the U.S. government’s relation with China, reciting the benchmarks of the company’s plan to “transform the housing transactions and services industry in China.” Proceeds from the IPO, he said, will be used for research and development to expand home transaction services, diversify its service offering, and for general corporate purposes.

Investors have dumped billions into Chinese companies in recent years, even as shareholder advocates such as the Council of Institutional Investors warn of risks associated with low-visibility stocks far, far away. Case in point: In May, Luckin Coffee Inc. LKNCY, -3.08% said it terminated CEO Jenny Zhiya Qian and Chief Operating Officer amid an investigation into financial misconduct that involved fabricated transactions totaling about $310 million. At the time, Luckin Coffee said it placed six other employees on leave or suspension.